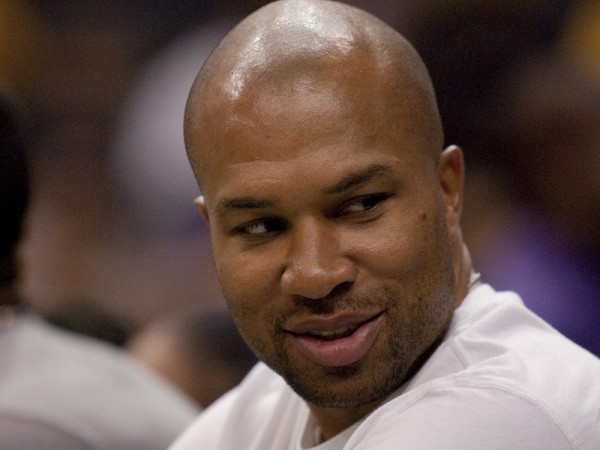 With countless hours spent practicing, working out and playing, it can be tough to always maintain the right attitude necessary to learn, grow and improve as a player.  Sometimes, it can be difficult to have to hear about the mistakes and errors made out on the court – especially if it’s something that you’ve been working on for some time like your shooting footwork or overhead passes and you either thought that you had improved or you simply can’t seem to execute the way your coach is wanting you to.

Whatever the case may be, keeping a positive attitude is half the battle so that you don’t let the stress and pressure of it all overcome you. The other important thing to keep in mind is to always display coachable traits so that you can become the best basketball player possible and your coaches will trust and respect you.

It doesn’t matter if you are the most talented and skilled player on the team, if you don’t have a consistently coachable spirit than you are not going to be effective as a leader and it’s likely that your coaching staff and teammates won’t enjoy working and playing with you as much as they should.

Being a coachable basketball player has many great benefits and rewarding potential like more playing time, better relationships with your coaches and teammates, accelerated learning, less stress and contributing to a stronger, more bonded team.

The following is a checklist of 5 traits of a coachable basketball player so that you can be sure that you are exemplifying behavior that will make you a great asset to your coaches and team. 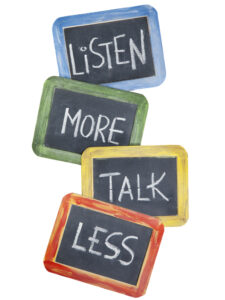 You know those players that seem to always have something to say about everything regardless of whether it’s in response to a reprimand or when they make a good play? Typically those players are not very good listeners and tend to go about simply running their mouths for the sake of hearing themselves talk.  This is not a good example of a coachable player, in fact, just the opposite type of player is ideal.  By listening more and talking less you are showing that you believe what your coaches have to say is more important and you are more likely to retain what they are teaching you than if you are always talking while they are or interrupting them.

2.  Be willing to take personal responsibility 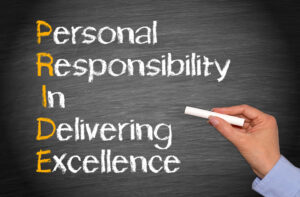 It’s not always easy to take personal responsibility whether in life or on the basketball court.  It’s especially challenging when coming into practice after a lousy game performance where you missed most of your free throws or allowed your player too many offensive points that was a big part in costing your team the game.  Those are the moments that are tough to swallow knowing that you might have let some people down.  Coachable players understand that this is all part of the self-development process as an athlete and you have to be willing to take the good times with the bad. You can’t always accept the glory without being able to tough out the failures as well. Taking personal responsibility for your daily performance shows your coaches that you are able to be realistic for where you are really at with your skills and within your role on the basketball team.

3.  Focus on yourself, not others 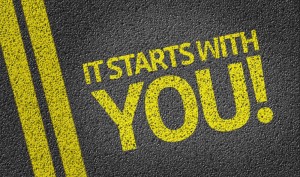 This trait goes along with the previous one in that the most coachable players are always focusing on inner reflection rather than looking to their coaches and their teammates to justify their behavior or performance.  Instead of worrying about your point guard who seems to always turn the ball over on every other play or your post player who refuses to use the backboard and has a frustratingly low shooting percentage, simply spend your time thinking about the areas that you need to improve.  The best, more effective players in the game of basketball are the ones who focus on their performance and responsibilities so much that in turn everyone out on the court playing with them seem to get better when they are out on the floor. This trait certainly doesn’t translate into being selfish with the ball or completely self-centered as person, but it does mean that it’s more respectable to not go around pointing fingers at everyone else all the time when thing aren’t going right. 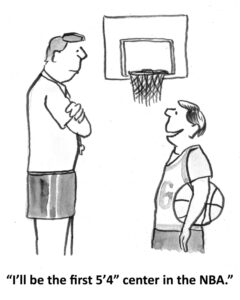 Has your coach ever said something to you during practice that didn’t quite make sense or that you didn’t completely catch?  Coachable players understand that communication is key to success and when there is a misunderstanding between coach and player it’s not just the coach’s responsibility to ensure that everything is clear from a communication aspect.  Your coach will respect you more if you take the time to show up to practice early or stay late to drop by their office to keep lines of communication open. It can be an incredibly difficult challenge for coaches to effectively communicate to all players on the team at once during an open practice or game, which is why coachable players understand that it’s their job to close the gap and make time to approach their coach directly.  This trait will eliminate misunderstandings and confusion and you might even get your coach to spend extra time with you to explain what their expectations are of you or to simply review a play that you aren’t quite executing properly. Coaches are always willing to invest extra time in dedicated and coachable players who are willing to spend one-on-one time with them. 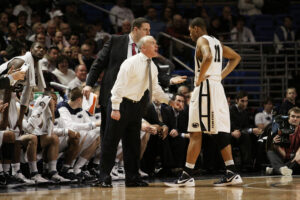 This is one of the most difficult traits to develop as you become a coachable basketball player.  It’s easy to think that after the 5th time of your coach or teammate coming to you about the same issue that you are simply being criticized for your hard efforts.  By keeping everything in a positive perspective and remembering that you can’t always take tone of voice, facial expressions and other bodily language so literally you will be happier.  Sometimes, your coaches and teammates are going to say things that might come across as abrupt and critical, but so long as you keeping in mind that they are all human and you choose to always hear instruction over criticism you will soar as a coachable basketball player.  Also, remember that you coaches have lives outside of the team so it is likely that they might be having a hard day and aren’t being quite as diplomatic during practice with the way they say things, this is where the coachable players will cut them some slack and understand that at the end of the day it’s about instruction to becoming the best player possible at all times.

Some players come by being a coachable basketball player naturally, while others struggle more in certain areas.  It’s safe to assume that everyone could take some time reevaluating their coachability and pick out a trait or two above to hone in and really work on in the upcoming season. By focusing on being coachable as much as you do your skill development, you will be surprised at how much more smoothly everything will go for you as you gain great respect from your coach and teammates by first showing respect and setting a good example for everyone!

The BasketballTrainer.com team is comprised of former college &  pro players and coaches focused on the needs of American youth basketball … END_OF_DOCUMENT_TOKEN_TO_BE_REPLACED