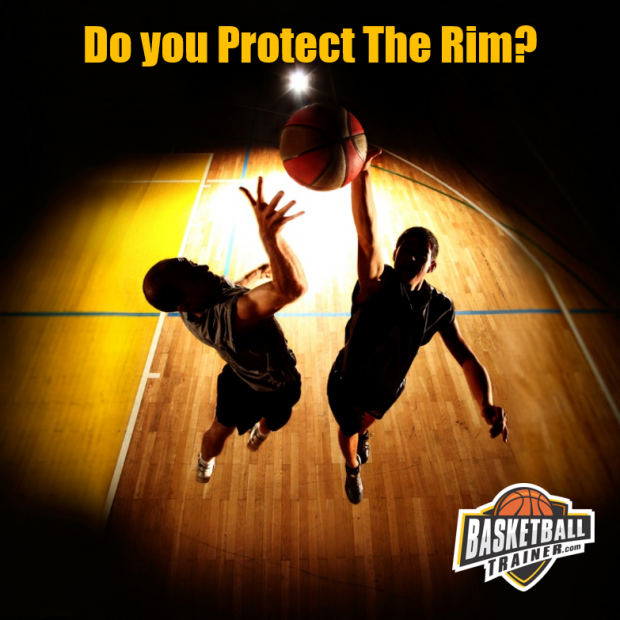 How Much Time Do You Spend On Defensive Basketball Training

We’ve heard the clichés and we’ve heard the exhortations to “play defense”, but let’s talk a little bit about what that means. Here are some tips for playing sound defense.

Have a Quality Defensive End Goal

We see a lot of players giving effort on defense without a clear end goal in mind. But what are you trying to accomplish by playing defense? Are you trying to get a steal? Are you trying to block a shot? A lot of players play defense as if they don’t know. Unless you are executing a certain defensive scheme at the direction of your coach, how about this: stop your man from getting a layup or an uncontested jumper. A contested jumpshot is one of the lowest percentage ways to score in basketball. Whereas a layup is the highest percentage look, and an open shot can be a good percentage shot depending on the player. If as a player you know your goal is to stop your man from getting to the basket, you are going to be less inclined to gamble for steals and blocked shots. When you gamble on those things, a lot of times that’s how you get blown by or commit a costly shooting foul. Players who play defense to stop their man from getting to the basket focus on moving their feet to stay in front of him. If you are able to stay in front of your man, even when he shoots you will be in position to contest the shot and make it tougher for him to convert.

Understand You Can’t Stop Everything On Defense

This point ties in with the previous point. The greatest defender still is not going to be able to stop a player from doing everything. If we focus on taking away the best thing the offensive player can do – get to the basket – then we can be good at doing that. When we try to stop him doing anything at all, this is when we start to reach for steals and lunge for blocked shots. Players need to understand that “allowing” a player to shoot a contested jump shot is not the worst thing in the world. Players can even get into the habit of staying on the ground on their contest instead of jumping high to try to block the shot. The blocked shot attempt may produce a block for you, but it also may produce a shooting foul or open up a lane to the basket. Players who stay grounded while contesting can avoid these troubles while also giving the offensive player one of the toughest shots to make. It takes discipline to stay closer to the ground and to understand that you’ve played good defense even when a shot is sometimes made over you. If you can discipline yourself to make staying grounded and committing to sound defensive practice a habit, you will have sustainable success as a defender… even if a shot is hit over you from time to time.

Offensive players frequently use ball fakes and dribble moves to get by defenders. A lot of fakes and moves play on the nature of a defender to reach for the basketball with his hands or follow the basketball with his eyes. If you have committed to stopping your man from getting to the basket and contesting jumpers as a sound defender, you have given up playing for steals and blocks in most 1-on-1 situations. Since you are not playing for steals and blocks, you have no reason to be fooled by an offensive player’s dribble moves and pump fakes. A helpful practice to counteract your natural inclination to follow the ball is to keep your eyes focused on a single part of the offensive player. Don’t watch the head of a player or their hands, but try watching their hips. Or the jersey number. An offensive player is not going anywhere without their torso going also, so the torso is a good place to tether your eyes. The torso also doesn’t move as much as the feet and hands, so tying your eyes on it won’t leave you jerking from side to side. If you can put this into practice, you can make your job of keeping a defender in front of you easier. And you will still be in position to contest a jumpshot.

These are just a few of the many tips you can put into practice regarding playing sound defense. This is an area that 95% of players can improve in, regardless of if they are already pretty good defenders. Give your local basketball trainer a call today to start your development as a sound defender. We can’t wait to see you winning at this end of the floor!

There are many basketball courses for all skills, ages, budgets and goals.   We help you sift thru all the garbage to find the goals for each of … END_OF_DOCUMENT_TOKEN_TO_BE_REPLACED

The BasketballTrainer.com team is comprised of former college &  pro players and coaches focused on the needs of American youth basketball … END_OF_DOCUMENT_TOKEN_TO_BE_REPLACED