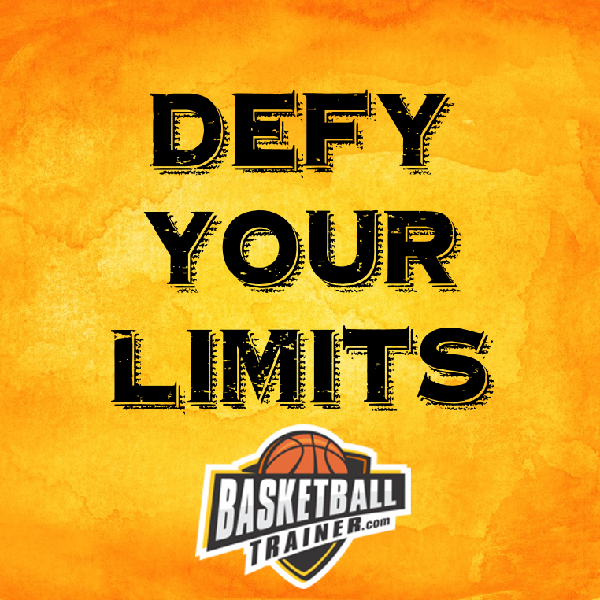 What Are Your Limits And How Can You Defy Them?

Limits are for the birds when it comes to the game of basketball.  Limiting yourself can come from a lack of confidence or a lack of current skills.  The limits others place on you can come from the current perception they have of you and their lack of belief in your ability to improve, grow, or mature.  Both types of limits are for the birds.  I want to take a second to talk about the limits others can put on you, and how you can throw those limits to the wayside and achieve success.  I hope it inspires you to do the same, and to throw away some negative limits you may have put on yourself because of listening to others.  Here are the real-life stories of three guys I’ve known in my basketball life who defied the expectations of others and achieved basketball success.

I have a buddy who attended the same college as me.  We weren’t teammates, as he came after I was done playing, but we’re friends nonetheless.  In high school he was considered undersized for a shooting guard, but he was and still is an outstanding shooter, and a good overall basketball player.  He was a good player in a small town and had a breakout senior year to really put his name out there on the recruiting map.  The scholarship offers he received were to some pretty decent sized Division 1 programs, but he wasn’t satisfied.  He told me that his plan was to get to a bigger university in a bigger city so that he could network and build a life for himself in that new city after he graduated.  He was thinking ahead – smart man.  My buddy did something pretty risky; he decided to play junior college basketball instead of taking a D1 scholarship offer.  He did this to have another chance at showcasing himself for top college coaches.  He bet on himself.  And his bet paid off.  After his freshman year of junior college, in which he averaged 18 points per game and was named an all-conference and all-region guard, he was offered a full scholarship to my alma mater, a school that did not offer him a scholarship out of high school.  He parlayed the college degree he received and his visibility as an alumnus player into a successful dual career (one sports related, one non sports related) in the city after he graduated.

I went to high school with a guy who is currently in the NBA.  He has actually carved out quite the career, as he’s been in the league since graduating from college in 2005.  We were cool in high school, and I remember him vividly telling me that he was going to be 6’2” when he got older.  He had a growth chart mapped out.  He told me this while he was 5’7”, the height at which he graduated high school.  He was also known as a good player in our area, having been a 4 year Varsity player, but because of his size he wasn’t offered a college scholarship to play basketball.  He accepted a walk-on role at a program in a neighboring state and averaged 11 points per game his freshman year.  After a year there he transferred to another school across the country and continued to improve as a player.  By his senior year in college, he was the third leading scorer in the nation.  Oh yeah, and he was also an athletic 6’2”. After going undrafted in the 2005 draft, he had a successful NBA summer league showing and was signed by the Sacramento Kings.  He has been a point guard in the NBA ever since, while also racking up more than a few “dunk of the year” level highlight dunks in the process.  This man is now an athletic, dunking NBA veteran, whereas he was barely dunking his senior year of high school and not one Division 1 program offered him a scholarship.  But he always believed in himself and always kept working towards his dream of playing in the NBA.

Another guy I know from back home I met through playing club basketball when I was a senior in high school.  He actually wasn’t a teammate of mine, as he was two years younger than me and wasn’t “good enough” to move up and play with our older team.  He played on the younger team in our program, and we would all practice at the same time and our teams would scrimmage against each other.  After practice, this guy and I would hold mini dunk contests against each other.  He would tell me that he could out-dunk me and I would tell him I could out-dunk him.  In all honesty, at that time I thought we were about the same, but of course I could be biased.  His game wasn’t there yet but he could really get off the floor.  This guy was in a tight situation entering his junior year of high school because his coach was contemplating sticking him on the JV team again.  Well, his junior year came and he ended up breaking onto the Varsity team, and by the end of the season was its best player.  He transferred schools following that season and blew completely up… in a good way.  This guy averaged 33 points a game his senior year and was rated as a Top 3 national basketball recruit in his high school class.  He was a McDonald’s All-American and was recruited by some of the top schools in the country, but he didn’t attend any of them… because he jumped right to the NBA out of high school, in 2005.  This guy is currently one of the most exciting and high flying shooting guards in the NBA, and he is a former NBA slam dunk champion.  This guy went from not being sure if he had a Varsity spot the summer before his junior year to jumping to the NBA a couple years later.  He soared over the limits people had set for him.

*Note: The players are JD Lewis, Ronnie Price and Gerald Green in the order of the story.

This article was written by Austin Basketball trainer Chris Price who still loves watching both young and accomplished players defy their limits. 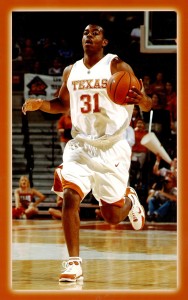 There are many basketball courses for all skills, ages, budgets and goals.   We help you sift thru all the garbage to find the goals for each of … END_OF_DOCUMENT_TOKEN_TO_BE_REPLACED

The BasketballTrainer.com team is comprised of former college &  pro players and coaches focused on the needs of American youth basketball … END_OF_DOCUMENT_TOKEN_TO_BE_REPLACED