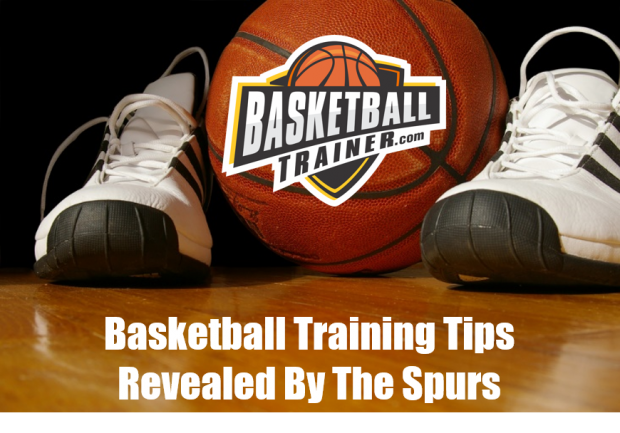 What Basketball Training Can We Learn From The Spurs?

The San Antonio Spurs just shook up the basketball world. They defeated the 2-time defending champion Miami Heat 4 games to 1 in the NBA Finals. Not only did they win, but they dominated their opposition. They won all four of their games in the series by at least 15 points. While many were ready to witness Lebron James have a signature Finals series and secure his third straight title, the Spurs took hold of the series early and put on a beautiful display of team basketball. They performed very impressively and put the basketball world on notice. Youth basketball players should take note of the valuable lessons they taught us. Here are three things youth basketball players can learn from the 2014 San Antonio Spurs.

In Game 4, a 21 point win for the Spurs, 13 Spurs got into the game and all 13 of them scored points. Eight of those players played more than 15 minutes in the game. The team’s leading scorer was Kawhi Leonard, who finished with 20 points. Kawhi scored in various ways; he scored driving to the rim, shooting the 3, shooting free throws, and he also scored on a ferocious putback dunk that was the highlight of the game. He scored off the catch and shoot, and he also scored making quick drives to the basket off the catch. The Spurs feature players that are well-rounded and who don’t need to dominate the basketball to be effective. Kawhi is a perfect example of that. Kawhi is not a heavily featured offensive player on his team, yet he was his team’s leading scorer in arguably the biggest game of the season to that point. He followed his Game 4 performance with a strong Game 5 and took home the Finals MVP award. After the series coach Gregg Popovich said that he didn’t draw up one single play for Kawhi in the series. That’s incredible. Being a well-rounded individual with the ability to score quickly in various ways, Kawhi was able to have a major offensive impact without disrupting the flow of the game for his team. That is because he’s a well-rounded player, and that’s huge. Young players should take note.

Train To Be Coachable

Coach Gregg Popovich famously enjoys a great relationship with his star player Tim Duncan. That relationship is great because Tim allows himself to be coached hard. In a league where players drive game attendance and TV viewership, players can easily become bigger than the coach. But Tim decided to remain coachable despite his status early on in his career. How does that affect the team today? Well coachability has a trickle down effect. Since Tim is coachable, everybody else essentially has to be, and in fact they are. In Game 3 of the Finals Boris Diaw elevated to starter status and year-long starter Tiago Splitter was relegated to the bench. Boris had a great impact on games 3 and 4 and the Spurs won by an average of 20 points in those two games. Tiago took the lineup change in stride and still provided positive minutes off the bench. Fan favorite Manu Ginobili, a probable Basketball Hall of Fame inductee when he retires, continues to come off the bench for the Spurs. Despite being an NBA All Star and All NBA performer in his career, Manu continues to do what his coach asks of him even though it doesn’t make sense to some observers. Manu has remained steadfast in being a quality sixth man for the San Antonio Spurs, and he came up big in the Finals, capping off the series with 19 big points in the series-clinching win. What is the payoff to this team-wide coachability? Well in 2014 it resulted in the best regular season record in the NBA, a second straight trip to the NBA Finals for the first time in Spurs history, and an NBA championship. When players put their individual desires behind what their coach asks of them, the payoff can be greater in the end. It pays to be coachable.

Train To Be Fearless

After a disappointing end to the 2013 season, the Spurs’ 2014 outlook was unclear. Could a team lead by aging players get back to the Finals and possibly win a championship? Could the Spurs defeat a healthy Oklahoma City Thunder team in the playoffs, a team they were able to avoid in the playoffs the year before? Could anyone or any team contend with Lebron James and the Miami Heat as they looked to win their third straight NBA championship? Well, the answer given by a lot of outside observers was no. The Spurs were not the overwhelming favorites to make the Finals out of the West, let alone to win it all. But the Spurs remained fearless as they always have been. They’ve never been concerned about winning the perception battle, but they have always focused on the game between the lines. And it has paid off for them. Youth basketball players should follow that lead and never let the status or rankings of opposing players and teams determine their own fate. Players should always remain fearless when facing stiff competition because the reality is that no team is unbeatable. For that reason it pays to be fearless. The Spurs show us where that attitude can lead.

Congratulations to the San Antonio Spurs on winning another NBA championship. Thank you for showing us what a team of well-rounded, fearless team players can do. Young players, take note!

There are many basketball courses for all skills, ages, budgets and goals.   We help you sift thru all the garbage to find the goals for each of … END_OF_DOCUMENT_TOKEN_TO_BE_REPLACED

The BasketballTrainer.com team is comprised of former college &  pro players and coaches focused on the needs of American youth basketball … END_OF_DOCUMENT_TOKEN_TO_BE_REPLACED