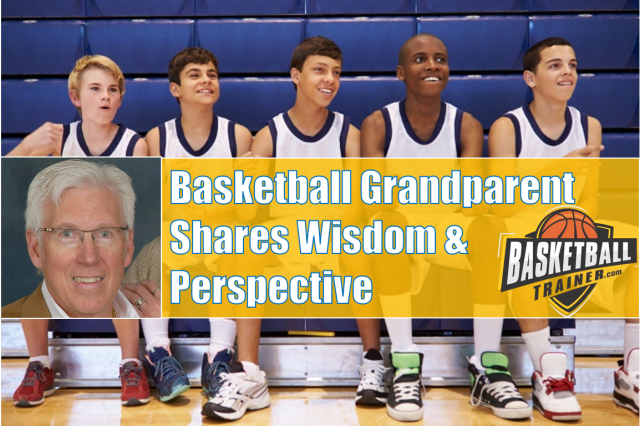 As a senior in high school I wrote a short auto-biography entitled “Basketball is My Life”. Little did I know what a prediction it was to become. As a young dad my son, Fred, could not wait to play competitive sports. I think the first word he learned as a child was “ball”. But his first opportunity really came in wrestling as a 3rd grader. He was tall and gangly for his age with little moxie for the sport. He could, however, spread out on the mat and no one could “pin” him. This strategy enabled him to have some success…he quickly experienced the emotion of winning and losing.

Fred’s real sport was basketball; he had watched Dad play in the YMCA leagues since he was a toddler. He ran the scoreboard with his sister when he was 5 years old. Fred would get his first chance to play organized basketball in 4th grade in the local community sports program. Three weeks before the season started, Fred cracked his collarbone skating on a hockey rink…not an auspicious start to the basketball season. As Fred’s dad, I was perplexed as to how soon Fred could start basketball practice. Fred and my patience were to be tested even before his first season started.

I had played Basketball in high school with some small town success. I was a triple jumper in college and grew up as an avid New York Yankee fan. I thought these would be valuable credentials to being a fantastic youth basketball coach. Fred had natural athletic ability and had height on his side. Winning in 4th and 5th grade came rather easy and there was not much pressure. Fred and Dad thought they were well on their way to winning basketball. They looked forward to 6th Grade “traveling basketball” where there were “tryouts” and better competition. A rude awakening lay around the corner.

The first few 6th grade games were quite a challenge. Our team was not very “deep”, and all the kids and their parents expected to win and have their share of playing time. My desire to WIN did not necessarily fit with playing the kids equally most of the time. Players with limited ability grew frustrated with lack of playing time. Their parents became restless with Dad’s coaching style and “wins” were few and far between. My demeanor on the sidelines left much to be desired. I yelled at the kids instead of encouraging them. I lacked patience and exhibited noticeable frustration. It rubbed off on the kids and the parents. The fun of the game was eluding everyone…not good. A 10 – 20 win/loss season was not an expected result. Seventh grade traveling basketball was, unfortunately, a rerun. Eighth grade brought a 50/50 winning percentage. Fred and Dad were due for a change.

Ninth grade basketball brought a new traveling coach with valuable experience and some solid coaching in school. The boys appreciated less pressure and a more level-headed, supportive coaching style. Patience and encouragement brought a winning season and brought fun back into the game. I was embarrassed at the way I had spent 5 years coaching Fred and his buddies in a negative atmosphere.

Fred went on to play in the State Basketball Tourney as a senior and was named Player of the Year in the Metro area. I felt better about the groundwork I helped lay in basketball fundamentals in the early years. Fred had a successful college basketball career and went on to play overseas.

I have had the joy of watching both Fred and my son-in-law coach my grandchildren with class, enthusiasm and encouragement, including success. They find ways to play kids equal time and develop wonderful relationships with the parents. They encourage the kids and do not get upset when a loss comes their way. I have gained a perspective that enables me to feel better about my contribution to youth sports and appreciate how well others are able to do a far better job. My early prognostication was right on, but not as rosy as I envisioned. Now at the age of 70 I truly appreciate the willingness of parents and coaches to work with the kids, encouraging them and mentoring them…and setting an example that all participants can be proud to exhibit. 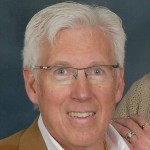 Gerry Vandegarde is an accomplished athlete in his own right and still plays competitively on the over 70 volleyball circuit. most recently chasing an elusive national championship.  Before retirement, Gerry was a Senior Systems Analyst for Wells Fargo and is still a dedicated fan of youth sports… particularly those events involving his grandkids.

There are many basketball courses for all skills, ages, budgets and goals.   We help you sift thru all the garbage to find the goals for each of … END_OF_DOCUMENT_TOKEN_TO_BE_REPLACED

The BasketballTrainer.com team is comprised of former college &  pro players and coaches focused on the needs of American youth basketball … END_OF_DOCUMENT_TOKEN_TO_BE_REPLACED