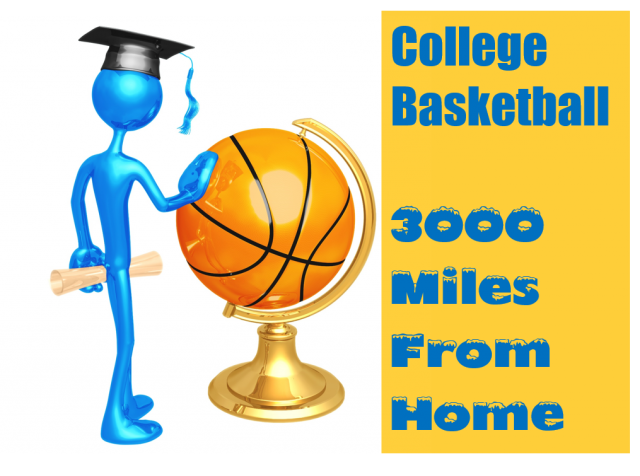 Considering College Basketball Away From Home?

I’m from San Francisco, California. I grew up playing ball on the playgrounds. Then in high school (Balboa High School) and junior college (Contra Costa College) I graduated to playing playground basketball with referees. The city game is fast paced, lots of in your face defense in crowded tiny gyms where the wall is the out of bounds line. Lots of razzle dazzle and competing against cross town schools with guys who you just played against at the park last Saturday afternoon. Picture the movie “Hoop Dreams”. When I was offered the opportunity to play college ball in rural Northern Maine at the University of Maine at Fort Kent I jumped at the chance, as weird as that might sound.

Basketball Adventure – Taking The Show On the Road

Playing far from home was exciting to me. I was ready to leave home. I had spent way too long in San Francisco. Of course I would miss my family and friends back home but I knew that I was here for a reason: to finish my bachelors degree, and play ball. Northern Maine is pretty much as far as you can get from San Francisco while still being in the United States. If you look on a map my home is at the most far left of the country and Maine is in that top right corner. I barely remembered that Maine was a state when I first learned of this opportunity. The one thing that I did know about Maine was that it gets cold in the Winter, extremely cold. Brutally cold. San Francisco due to it being a peninsula in between the Pacific Ocean and the San Francisco Bay experiences mild temperatures year round, it’s only an hour drive at most to some sunny beaches and surfing in the beautiful Golden State. I knew coming in that Maine was going to be vastly different in that regard. 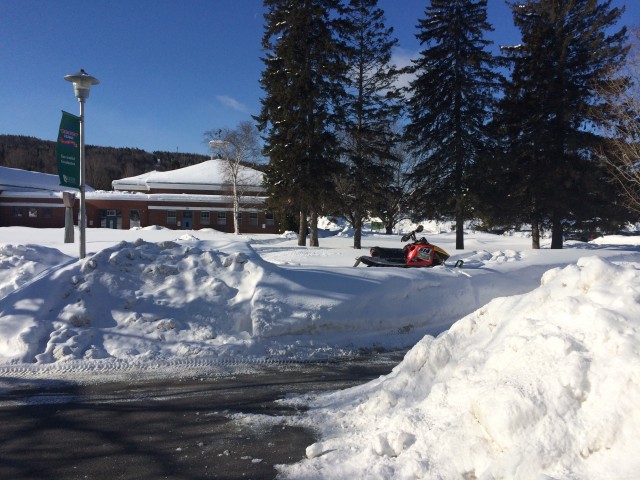 As you can see from the UMFK campus picture above, I was right.  Aside from the weather, Northern Maine is a lot slower than the big city. I think there’s only a handful of stop lights in the entire town of Fort Kent. In San Francisco, there is always something to do. We have a plethora of museums, clubs, restaurants, and all sorts of attractions. In Fort Kent, your social gathering options are pretty limited outside of hanging with your buddies in the dorms. That’s why I spend most of my spare time in the gym.

Leaving The City Game Behind

The city game and the Maine game as I call it have their differences too. The game up in Maine is slower, not a lot of superb athletes. The city game can turn into a track meet quick. In Maine, lots of teams like to slow it down and execute in the half court. But the biggest difference I’ve noticed is the athletes, which makes sense. Any guy with a little bit of bounce who can run and jump is not going to end up playing in the USCAA in the cold of the North East. I haven’t seen an alley-oop play drawn up all season. Most of the players here in Maine are short, you see a lot of guys around six feet tall playing the 3 spot. Most of these guys handle the ball well, but nothing too fancy. They can all shoot the three and always make their free throws. Very fundamentally sound. Back home, a guy would rather miss a dunk in traffic and excite the crowd as supposed to trying and finishing the lay up with contact.

Another cool thing for me is the road trips. I’m getting to see a lot of the East Coast. I’m getting to see Maine, Vermont, Boston, New York, and Pennsylvania among other places. The road trips can be as long as 16 hour bus rides. When I was in High School, we took the city public bus 20 minutes across town to play games. Also, this being my first season in Maine, I don’t know any of the guys I’m playing against. Which is nice for me having grown up playing against the same guys from the area since I was in the 8th grade.

The Advantage Of Small College Basketball 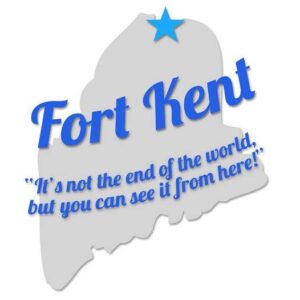 However, the biggest change is that since San Francisco has so much to offer, there is no type of community feel around a team. Here in picturesque Fort Kent, the community really rallies around the sports teams at the university and they support them heavily. If I walk through town, people know that I play basketball for the local college and I take pride in representing not only the school but the entire Fort Kent community when I play. Back in High School in a big city with six major professional teams and another handful of NCAA  schools in the area I could be one of the best prep players in the city but only a sliver of the population would know my name or know who I was. When we played our rival, University of Maine at Presque Isle, which is only an hour away, faculty members and staff on campus were coming up to me telling me that it didn’t matter if we lost every game this season as long as we won this one. The community here takes their sports very seriously and they are invested in the well being of their local team.

All in all, being away from home can bring you down sometimes, not having the support of your friends and family at the games; but those feelings are made up for quickly with such  a warm communal feeling around the area. Also, Maine and Northern Maine specifically is rich in basketball tradition. People in the area tend to stay here and raise their families here and they create legacies and generations of basketball players in each small town throughout Maine. I didn’t know it but Mainers really care about hoops and they are so willing to embrace someone who is representing their community on the court.

Although it may be by default since life is slower up here and there aren’t as many distractions, it doesn’t matter to me because for the first time in my life I have the backing of a ton of people and I feel I am playing for something other than myself.  I am glad I had a sense of adventure and have been able to play small college basketball 3000 miles away from home.

Fletcher Brown was kind enough to share his basketball journey with us… a journey spanning the borders of the USA.    Our hope in sharing this story is that it will encourage other basketball players to look beyond the confines of their local area when pursuing the dream of college basketball.  Great universities and colleges like the University of Maine at Fort Kent want to hear from talented young basketball players.  Embrace a growth mindset and learn to keep your basketball dream alive by expanding your vision of possibilities.

There are many basketball courses for all skills, ages, budgets and goals.   We help you sift thru all the garbage to find the goals for each of … END_OF_DOCUMENT_TOKEN_TO_BE_REPLACED

The BasketballTrainer.com team is comprised of former college &  pro players and coaches focused on the needs of American youth basketball … END_OF_DOCUMENT_TOKEN_TO_BE_REPLACED