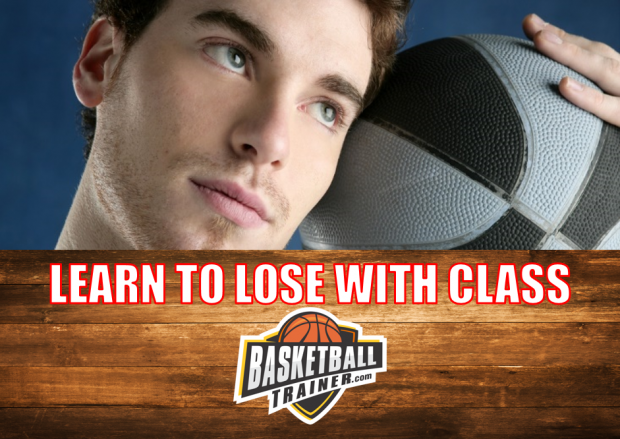 Do You Lose With Class In Basketball?

As young basketball players, it is important to understand that when you and your team lose to an opponent, it is crucial that you do so with class and dignity.  In every competitive game of basketball, there can only be one team that wins, that is the beauty of the competition.  In saying this, the players on the losing side of a game need to be able to deal with the fact that they just loss in the appropriate manner.  Here are some helpful hints that you can implement to your behavior when you find yourself on the wrong side of the scoreboard at the end of a ballgame.

Losing is a Part of Basketball

Everybody loses at some point.  The best basketball players in the world lose games every year.  Michael Jordan, despite his overall success as a basketball player, lost plenty of games in his career.  Losing is a part of the game that nobody enjoys, but that everybody experiences on many occasions.  This acceptance of a loss is an aspect that relates to mostly all sports.   Boxing legend Muhammad Ali said it best.

“I never thought of losing, but now that it’s happened the only thing is to do it right.  That’s my obligation to all the people who believe in me.  We all have to take defeats in life.”  Here Ali has accepted that losing is a part of competition, and doing it appropriately is essential.

Being a “Good Loser”

Nobody likes losing, and you don’t have to either.  Furthermore, nobody plays the game to lose; you should always play to win.  The desire for one team to outlast another is the essence of competitive sports.  What helps a team be successful is their ability to put more points on the scoreboard than the other team.  However, you must learn to handle the joy of a win as gracefully as you would the disappointment of a loss.

Understandably so, there probably isn’t one competitive basketball player on this planet that wants to be classified as a “good loser.”  What is meant by the term “good loser” is being a player that can maturely handle the emotions that accompany loss.  A good loser accepts when his team has been beat by another in that particular game and shakes their opponent’s hands to congratulate them on their success.  It may not be the easiest thing to do for you young players with a lot of pride in your game, but it shows incredible character.  A good loser learns from the loss, then attempts to correct the mistakes that were made while eventually learning from the mistakes to earn a win in the next game that is played.

Keep Your Head Up

“Sportsmanship for me is when a guy walks off the court and you can’t really tell whether he won or lost, when he carries himself with pride either way.”  Jim Courier, former World #1 Professional Tennis Player

The best part about basketball is that there is always another game to be played.  Whether your team got crushed by 30 points or lost on a last second buzzer beater, understand that walking out of that game with your head held high is crucial to your success in the following games that have yet to be played.  The players and teams that make a habit out of winning are those that use their losses as motivation for the upcoming games.  Whatever it is, whether in basketball or in life, make an emphasis on handling your losses with sportsmanship and grace. 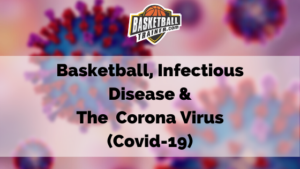 The BasketballTrainer.com team is comprised of former college &  pro players and coaches focused on the needs of American youth basketball … END_OF_DOCUMENT_TOKEN_TO_BE_REPLACED