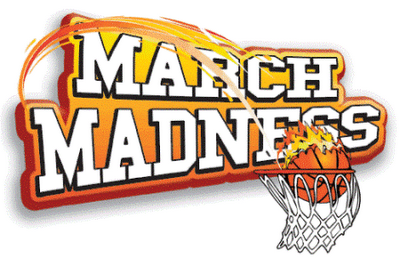 The Final Four, what a great weekend of basketball for anyone that wants to be a part of the action. Whether you are learning the game at an early age, a fan who just enjoys watching basketball, or you are actually playing in the Final Four itself, what a exciting sporting event to be a part of. The Final Four is the culmination of a years worth of work by college staffs, players and coaches. I think it represents everything good about the game of basketball. I have been to the Final Four for 20 years and counting, I started as a Fan 1st, then as a Coach 2nd, and even as a scout for the NBA for a few years. I wanted to share some of the great things I have learned with you about the experience.

As a fan it is the best way to have an experience that I can only describe as basketball, basketball, basketball. On Thursday everything gets going even though the games don’t start until Saturday. You can start by strolling over to the convention center and seeing all the booths where people sell everything basketball related. I even saw basketball related furniture for sale one year. Products designed to help the top basketballl trainer in your city. If being hounded by vendors isn’t your thing then you should stop by the Coaches Hotel to see Coaches from the junior college level up to the best coaches in all of college basketball talking shop and sharing thoughts about the game. I always wish I could be a fly on the wall to all the great conversations and stories the coaches have to tell. Next I suggest stopping by the FanFest and participating in or watching all the kids playing games and working on all the basketball drills the festival has to offer. Basketball courts in the convention center that have shooting and passing activities galore. You can go check out some of the stations in the FanFest that include a hand, foot, and height measurement mural of the greatest players to have ever played. It is really cool to see how you stack up against the greats. You could try out your vertical on the vertical jump machines over in the corner. It is just a huge gathering of basketball related activities for children to adults. Anyone gets to listen to some of the brightest basketball minds share their thoughts during a seminar or lecture session. After a day of basketball at the conference center, you can set your sights on the actual teams playing in the tournament the next day.

So after a good nights rest, it is Friday, a day before the first two games even tip off. I will always go over to the Arena to watch the Final Four teams practice. Then following that have an All Star game with some of the best college players in the country showing their stuff. They even have a free concert in the Arena following the game. Most fans spend the day at the arena and it is a special experience that you can only get at the Final Four.

I have failed to mention the 3 point contest for both Men’s and Women’s players and the dunk contest involving the best athletes in the college game. Those have both happened in the last few days another great event. I think even the great woman’s player Candice Parker won that dunk contest a few years back. After going to the Final Four weekend for many years as a fan, I became a Division 1 coach and things during the weekend didn’t change a whole lot.

The biggest thing in coming here this weekend as a coach was that I got to finally exhale for a few days and reflect on all the hard work our group had done throughout the season. The practices, the games, the study halls, the airplane trips, the highs, the lows, and everything that goes on during the season can be exhausting when you are almost always judged on wins and losses. I got to catch up with other friends in the business that I have not had time to call over the course of the season. Maybe even dinner and drinks with a few of my best friends from outside the coaching fraternity that have made it to town. I know some coaches even use it as a vacation for their families as they have not spent enough time with them for the last six months or so. Many others decide to talk to the NCAA executives about new ideas and possible rule changes in the coming years that should only make the game better. I will go to a few seminars and listen to some of the best coaches in the business talk about strategies and habits they use in their programs to be the best teams they can be. Maybe I will learn the secret to defeat the dreaded matchup zone or find a cure for a loss from a last second shot. Myself and all coaches from the lowest to the highest levels get to look forward to a great weekend of everything basketball, basketball, basketball.

You can go as basketball crazy as you want during a Final Four weekend. The two Semi-final games are on Saturday and the Finals are on Monday. You could never have a better trip that is all about basketball for one weekend a year then the Final Four. Like I said before, I have been both a coach, a fan and a scout during this weekend and I loved all sides. If you like basketball, and I think we all do, make sure a weekend at the Final Four is on your bucket list.

Basketballtrainer.com would not be possible without the support of many of our friends.  This list can serve as an ongoing token of gratitude to our supporters.

The Pitman Family and Independence Title

There are many basketball courses for all skills, ages, budgets and goals.   We help you sift thru all the garbage to find the goals for each of … END_OF_DOCUMENT_TOKEN_TO_BE_REPLACED

The BasketballTrainer.com team is comprised of former college &  pro players and coaches focused on the needs of American youth basketball … END_OF_DOCUMENT_TOKEN_TO_BE_REPLACED